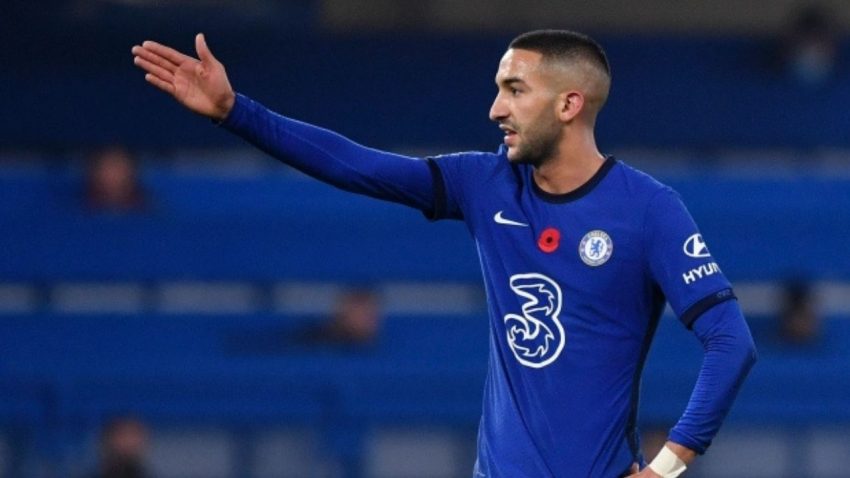 As one of the most high profile of Chelsea’ summer 2020 signings, Hakim Ziyech has yet to truly fire. The Moroccan arrived from Ajax having looked like one of the best players in Europe. His impressive form, outstanding technique, and wonderful combination play made him a player that fans could watch all-day. However, inconsistency form and some issues with fitness have left Chelsea uncertain about carrying on with Ziyech. Given he was not a signing for coach Thomas Tuchel, reports suggest Ziyech could be moved on to make space for someone the German truly wishes to have on-board.

However, most reports do suggest that Chelsea are not actively shopping the player around. Were a strong offer to arrive, though, it is likely that it would be considered closely. One team who has been linked is Borussia Dortmund, with the Germans on the lookout for a new playmaker with the likely exit of Jadon Sancho. If Chelsea manage to go for the England international, could Ziyech make up part of that deal?

The most interest, though, is believed to arrive from Italy. Roma, Internazionale, and Milan have all been credited with interest in a player who looks to have all the talent but has not yet truly settled in the English game. However, with some impressive performances towards the end of the year, there is hope that the £37m man could turn it around and stay in England instead.

For Tuchel, though, the player was not an ask for his reign and thus he could be moved on. With the coach having arguably as much power at Chelsea as he will ever have at the moment, now might be the time to make the kind of request that, normally, would be ignored.

At the moment, it is hard to say – but most suggest that the Blues are happily open to offers. While they do not expect the player to make a push to leave, there is an expectation that neither side is happy with the playing time received on all ends of the player. For that reason, expect Ziyech to look to try and find a happy solution – at the moment, the game time is simply not enough.

The style of play that Chelsea adopt might also not be as suited to Ziyech as first assumed, too. He has often struggled to fit into the line-up and tends to play in a role or style that does not really exist within a Tuchel team. As such, it might become time for both player and coach to look for a solution that could provide everyone with a satisfying end.

Chelsea have in the past shown a decisiveness in the transfer market, even if it means losing face. If a player is not the right fit, it is rare they stick around. As such, expect Chelsea to act in their own interest and make a deal that suits them first.