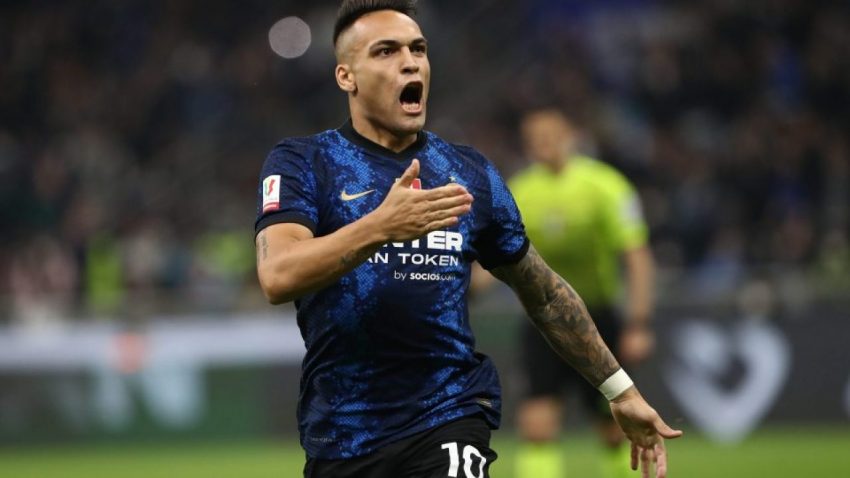 Listen to the army of critics claiming he is finished, and it would be easy to assume Lionel Messi is on the downward spiral. However, his performance in a 3-0 dismantling of Italy on Wednesday was enough to remind football fans worldwide that Messi is nowhere near done. In a striking contrast to his earlier career, Messi now seems to play his best football for Argentina as opposed to his club side.

While Paris Saint-Germain fans might feel let down at what Messi has produced in Paris, La Albiceleste fans are finally seeing the best of arguably the greatest player ever. Messi has been in electric form for Argentina since before their 2021 Copa America victory. Now, he looks set to continue his rise to the very top of his form again ahead of what should be final World Cup this winter.

As teammate Lautaro Martinez put it, though, the national side fight even harder for Messi. Determined to use this run of form to win a title that has escaped him his whole career, Martinez sees optimism in the Argentina camp.

Ahead of Qatar, the belief is there that they could go all the way – and that Messi will play a leading role in doing so.

What did Lautaro Martinez say about the World Cup?

Speaking after battering Italy 3-0 in the ‘Finalissima’, a Super Cup of sorts between the UEFA European Champions and Copa America winners, Martinez said that he felt like the team was improving vastly. Speaking about that, he told TUDN: “A year ago we were nothing and today we are [World Cup] candidates because we won titles. We will always be candidates because we have the best in the world (in Lionel Messi). We are all lions who fight for him!”

When asked about what he sees as the Finalissima in terms of ranking, though, Martinez was proud of the win. Seen by many as a diminished and even pointless event, Martinez dismissed this notion by saying: “It was an international title. For us it was a final, we take it as officially endorsed by UEFA and it gives us a little more confidence. People said that we had not faced a great European team, they won the Euro and today we show that we are at everyone’s level.”

Having just come off a splendid season in Italy where Martinez took Inter so close to the league title, he will look to do so again next year. Reports suggest that he has rejected FC Barcelona in a summer move; a major turnaround from previous years where he tried to force a move to the Catalans.

With his form so good in Italy and with the Argentina team in such fine fettle, it might be wise for players to simply stay where they are. In the future, it could play a massive role in helping them to build and grow to something a little bit more exciting – a World Cup victory. Few could have imagined this would be possible even a year ago, but few teams are going to the tournament in better form than Argentina.