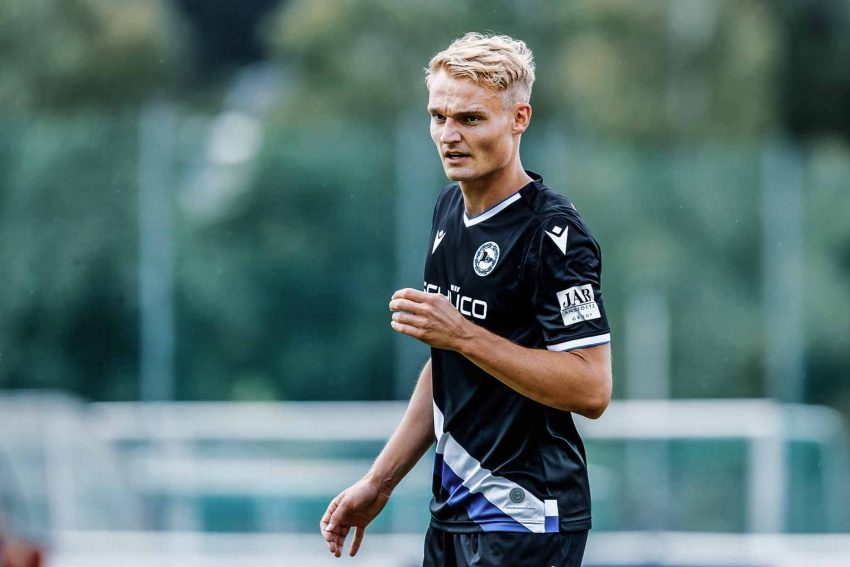 As a club often regarded for signing finished products, Chelsea have long been seen as a club that wins now. They do not often entertain young players as part of the first-team picture, until the last few years that is. Since the transfer ban, the Blues have become increasingly more aware of the benefits of having a younger first team. With that in mind, it is interesting to see some of the names being linked with the club in the summer.

Gone are the days of massive big-name marquees, such as last summers arrival in Romelu Lukaku. Instead, the days are here when the Blues sign interesting young projects from afar. One name that is really raising eyebrows, though, is that of Amos Pieper.

The 24-year-old German is being linked with a move to Chelsea when his Arminia Bielefeld contract comes to an end. Having been a former Borussia Dortmund youth player when Thomas Tuchel was at the club, this might come as no surprise. However, his time spent with Bielefeld has been, while impressive, not earth-shattering. At 24, too, it is hard to say if Pieper will suit being what would likely be a rotational or bench option.

With the likes of Antonio Rudiger and Andreas Christensen almost certain to head out the door for nothing in the summer, though, Pieper would be a smart, high-value signing. He would offer the Blues a player who can play in defence, and occasionally in midfield, with comfort. He would provide Tuchel with a player who likely understands the system being asked of him, is tactically adept, and would be on a good contract.

Given the Blues have been known for big name signings whilst younger talent sits out on loan or in the academy, this is an interesting link. It is also intriguing in that it might point to a change in transfer strategy from the club as a whole. The change in ownership that is set to come in the near future could point to some pretty significant shifts in the way that the Blues do business. Expect some big changes to be on the horizon, then, as the club continues to shift its style to fit in with a new look signing policy.

So many young players have come to Chelsea only to be swallowed up by the depth of the first team squad. With a new ownership group unlikely to spend the same way as Roman Abramovich did, though, it could be more Amos Pieper’s and less Romelu Lukaku’s coming in the future. Given the number of high profile busts that Chelsea have signed over the years, though, this could actually be a long-term positive.

Pieper might not be an exciting name, and he might be one that most Blues fans need to check out online. However, for Chelsea, it is exactly the kind of high-value, low-risk signing they need to ensure their squad is deep enough moving forward into an interesting, if uncertain, new era.