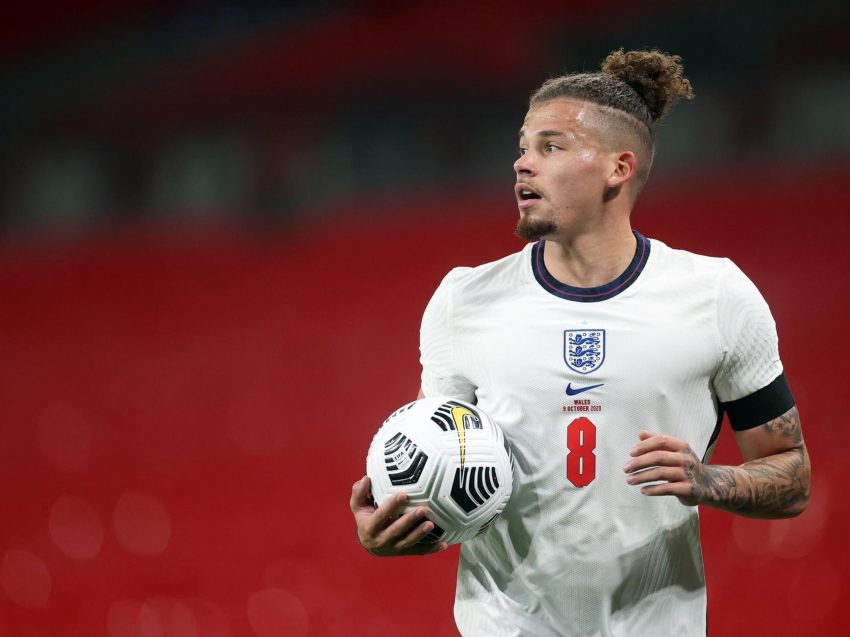 Speak to Kalvin Phillips, or at least listen to him speak, and it is obvious that his pride of playing for Leeds United is authentic. The local boy done good has been a stellar performer in white ever since he broke through under Marcelo Bielsa. His game adapted from a high-energy but ineffective central midfielder into an orchestrator and controller. Today, he is widely regarded as the happy mixture between aggression and technique. However, for Leeds, the day might arrive in the future where they cannot satisfy him.

Having missed out on Premier League football in the first year under Bielsa, Phillips nearly went to Aston Villa. He stuck around, though, and now has developed into a senior England international. On top of that, he has become a player with excellent all-around qualities. His technical craft paired with an aggression in the tackle has seen many eyes – domestic and international – trained on the local boy.

For some Leeds fans, though, the idea of seeing Phillips in anything but a white shirt would be odd. Well, if reports in Spain are true, that white kit will continue to be a feature. Sadly, it might be the white of Real Madrid as opposed to Leeds.

Reports suggest that Madrid will return for Phillips in 2023. The Leeds midfielder is expected to make a move in 2023 as opposed to 2022, with the playmaker expected to give the Jesse Marsch project a full season before moving on. If Leeds can make it into European football, though, sticking around in the medium-to-long term would not be out of the question.

Madrid, though, will be keeping a close eye on a player who received rave reviews for his Euro 2020 performances.

Phillips, of course, is not the only Leeds player seeing interesting glances from afar. While the defence has done little to make scouts sit up and take notice, other key players have still impressed. Despite spending much of the season injured, both Phillips and Patrick Bamford have enjoyed glances from afar. Bamford is a key part of the team, but his injury issues could mean that profiting from a sale in the summer could be something that Leeds consider.

Other areas where interest could arise could also include some of the Bielsa projects that have not worked out. This could include Spanish duo Rodrigo Moreno and Junior Firpo. Both are being linked with returns to Spanish football, with a cut-price deal likely available for both. A few clubs are being linked with Moreno, including ex-club Valencia, while Firpo is also coveted by former employer Real Betis.

The Leeds squad, then, is very likely going to be quite a different prospect come the beginning of the 2022-23 season. With a new coach in charge and, after a 3-2 win against Wolverhampton Wanderers, likely Premier League safety, Leeds can look to start building something new in the summer. If reports are to be believed, though, Phillips will still be part of the new Leeds side for 2023 – at least until Madrid come calling.