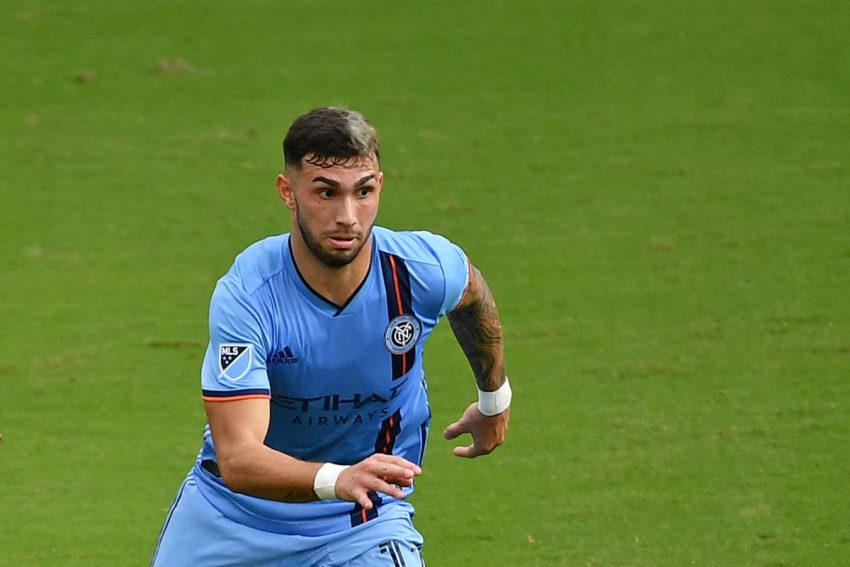 New York City FC – NYCFC – are an interesting project, part of the growing number of MLS clubs with links outside of the country. As part of the City Football Group, NYCFC have built a team on a smaller budget than many of their MLS contemporaries. Smart scouting, use of the thriving New York academy systems, and their connections to the other CFG teams has meant that the club was able to thrive despite not breaking the bank.

This culminated in an MLS Cup win, lifting the coveted trophy under Ronny Deila. Deila, the former Celtic manager, has worked for several clubs either in the CFG umbrella or – like Celtic and former club Stromsgodset – clubs with good relationships with the CFG top brass. His move to New York, then, was seen as unsurprising. Having struggled at first, though, Deila and co. have slowly built an impressive team that could eventually go on to lift their first ever MLS Cup trophy.

A big part of their success this year, though, is down to the hard work and the goals of Taty Castellanos. The 23-year-old Argentine has made his name in MLS, combining predatorial goal scoring with excellent team link-up. He is the ideal all-around MLS forward; someone who can play in space and who can scrap with defenders of all size.

Good in the air and with his feet, then, it should be no surprise that Castellanos – Valentin to give him his full name – is being linked with a move to England. Indeed, Pep Guardiola was keen to praise the striker after his MLS Cup performance, noting that he was aware of who he is.

While he is unlikely to move from New York City to Manchester City, it is highly likely he arrives in England this winter.

Who is being linked with Castellanos?

Naturally, many clubs are intrigued by a forward who hit an impressive 22 goals in 33 MLS games, as well as contributing 8 assists. West Ham United are believed to be the most serious about their interest, with the 23-year-old valued at around £15m in fees.

This would make him affordable for the East London outfit, and would give them a chance to add another exciting young forward to the team. While the likes of Jarrod Bowen, Castellanos would offer another player who is youthful, capable of improvement, but also ready to make a contribution today.

Seen as the ideal kind of player for the club that David Moyes is trying to build, fans are keen to see what ‘Taty’ would bring to the table. West Ham are beginning to slow down after a sublime first half of the season, and some new fresh blood arriving in the winter window could help to revive their season.

The NYCFC star, though, will have more than just the Hammers to pick from. Clubs in Spain are being linked, too, with high-flying Real Betis keen to strike a deal as well if reports are to be believed.