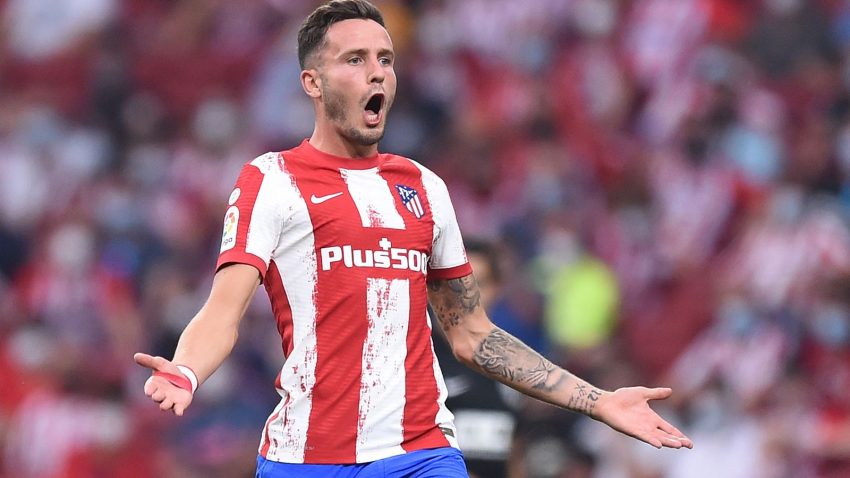 As a major midfield name of the last several years, Atletico Madrid utility man Saul Niguez has many fans in the game. An all-action style that is the very definition of a Diego Simeone player, Saul has enjoyed a stellar career. However, his versatile nature has seen the player pick up just about every position on the field for his beloved Atletico.

Feeling like his own game was stagnating, the Spain midfield took the ambitious decision to leave Atleti, instead turning up in London with Chelsea.

Joining the winners of the UEFA Champions League, and arguably the title favourites for the Premier League, seemed a wise choice. Saul would be signing for a tactically versatile coach in Thomas Tuchel, who has been famed in the past for finding the perfect way to get the most out of every player in his employ.

However, so far, it looks like Saul might be suffering from the delays to his development that became so clear at Madrid.

Already, Chelsea fans are worried the player lacks the dynamism or the athletic style to be of use in the Premier League. Cameos so far have been low key at best, and his performance in the League Cup against Aston Villa was poor in the extreme. This has led to some serious discussions about what happens next, with early struggles already leaving some fans worried that one of the marquee arrivals in the Premier League is failing to live up to expectation.

Can Saul turn around his Chelsea career after a poor start?

The challenge for Chelsea is that they have invested large sums of money into a midfielder to be dynamic and fresh. Saul was opposed to staying at Madrid because he felt his versatility was forcing him to play away from his desired position as a No. 8 in the team. That is a serious problem, because already he has been moved around at Chelsea – and frankly the player looks shot in terms of confidence.

Despite winning the title last year in Spain, Saul arguably played his lowest-key role at Atletico since he arrived. Remarking recently that Chelsea would see “the real Saul”, some fans are worried about what now means. Has the player lost his specialist skills thanks to becoming a more all-round player for the last few seasons?

While it is far too early to make any assumptions about what the future holds for the midfielder, it is clear that there are issues to overcome. A poor showing against Villa, if nothing else, offers a chance for the midfielder to improve his fitness and match understanding.

For now, though, it would be hard for Tuchel to drop any of his current midfield starters based on the showing of Saul. His midfield partner against Villa, the oft-forgotten Ruben Loftus-Cheek, was far more effective on the night. Given the England man’s own standing at Chelsea, that should serve as a major wake-up call for the player.

Given the nature of the loan deal, both player and club will be hoping that the Spaniard can find form before it is too late. Furthermore as Billy Gilmour is still on the loan period, till the end of the season, it makes things even more urgent for Saul to get on track.