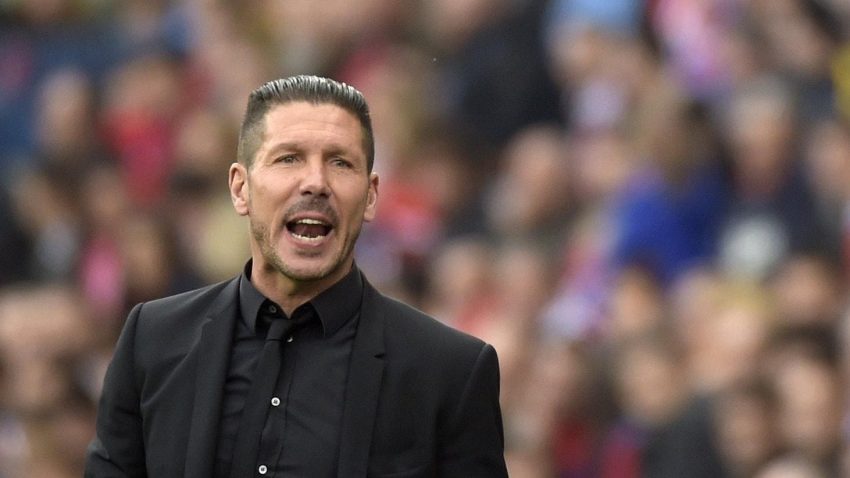 When you play for Diego Simeone, you give everything. The Atletico Madrid coach is comfortably one of the most demanding coaches in the world – a coach who gets absolutely everything out of his charges. Antoine Griezmann knows this better than most, having been transformed from an enigmatic wide forward to one of the most consistent all-rounders in world football.

After a poor spell at Barcelona, a spell which broke his bond with many Atletico fans, his return has been ill-received.

The player has made his second debut already, making little impression in a late 2-1 win away to Espanyol. His home debut, or second home debut, arrived in the UEFA Champions League when they took on FC Porto. As the player came off the bench to enter the game, the response was mixed – some cheered, with visible jeers from large sections of the crowd.

The fact the player made little impact was further used against him in the post-match recriminations from fans after a 0-0 draw at home.

In a tight group with Liverpool and AC Milan, the margins for success or failure are so tight. As such, fans expect decisive moments from stars – especially a returning club icon who has to win back the fans.

However, despite the poor start to his second era at Atleti, coach Simeone has come out firing in defence of the player. Speaking after the game, Simeone said of the situation, per Sport: “They (the press) are making a movie and a morbid situation that clearly gives us the importance of having recovered an extraordinary footballer like him and that we can enjoy,

“We hope that he gets better and can respond to the people that criticise him. He has a challenge to move forward and consequences for what happened in the past.”

Can Griezmann win back the Atletico Madrid fans?

Seen as one of the most emotive fan bases in the world, Atletico Madrid fans take to their club legends like few others. Fernando Torres can attest, with the former Atleti legend an absolute hero with fans despite leaving at the peak of his powers.

The fact he went abroad, to Liverpool, probably helped to avoid any hurt from Atletico fans. His return was hugely successful, too, bookending his career in Spain in the perfect way.

Seen by many as the most important player of the Simeone era, you would assume Griezmann would be loved. However, moving to a league rival and then watching his old team win the league without him left most fans to assume that Griezmann himself was not quite so essential to their success.

As such, his return is seen by some as a retrograde risk. Given the way the transfer came about, too, late in the window, it feels like an opportunistic signing as opposed to one that was always intended.

Fans can find it hard to warm to such decisions, though it only takes a big goal or two – preferably against Barcelona or Real Madrid – to soothe the wounds of his previous exit.

For now, though, Griezmann is on borrowed time with Los Colchoneros fans.