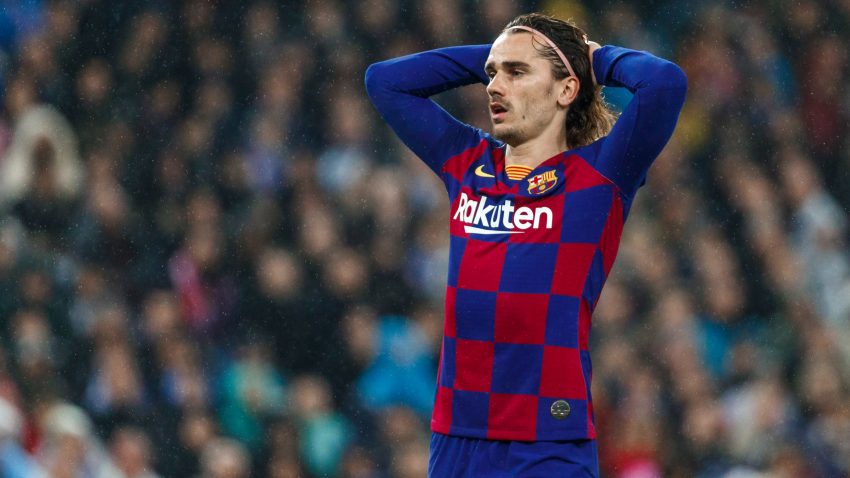 As one of the most expensive signings in the history of FC Barcelona, it should come as a surprise that the Catalan giants are considering a sale. However, a mixture of failing to live up to expectations paired with massive wage demands means that Griezmann is likely to exit from the Spanish giants this summer. With the club looking to clear hundreds of millions in fees and in wages to make space for signing Lionel Messi and a collection of free transfers, Griezmann is expected to be one of several players who is shipped out of the club this summer.

This was made clear at the official unveiling of Memphis Depay, who has joined Barcelona from Lyon on a free transfer. When asked about the future of the club and other marquee talent like Griezmann, club president Joan Laporta was quick to make clear that a deal could happen, telling reporters: “Griezmann is a Barca player, he has a contract with the club until 2024 and, unless circumstances change, we are counting on him.

“There have been some movements on the market, and we can’t deny that there’s been interest in him. That’s a sign of his quality.

“It’s a special market and you have to use your imagination, perhaps thinking in swap deals, but we value Antoine a lot. The club made a big investment in him, and we are happy with him.

“It’s not easy for a club to come in with an offer for a player at his level. But the transfer window is just getting started and there’s a market for Griezmann. If things start moving, we’re open to all proposals because we’re in a delicate moment financially and we have to balance the books to comply with the league’s financial fair play rules.”

Given the players massive reputation and his incredible financial compensation, making a deal stick for a World Cup winning forward could be tough. Links exist within the Italian game, though even clubs such as Juventus and Internazionale would struggle to make the fee and the wages stick. English football is also believed to be an option, with Manchester City said to be keen on the player alongside rivals Manchester United.

Chelsea have also been briefly linked, though it is believed that Griezmann does not fit the profile of what coach Thomas Tuchel would want. An interesting deal has been proposed with Atletico Madrid, sending the Frenchman back to his old team in exchange for Atletico heartbeat Saul Niguez. It would be a high-risk move for both clubs, and would also mean that Griezmann would need to take a spectacular drop in wages just to make the deal possible.

At the moment, then, the only likelihood is that Barcelona will explore making an exit possible from the club for the player. Seen as a world class talent who does not fit at Barcelona, it might come down to both players and clubs to find a compromise that suits all parties.