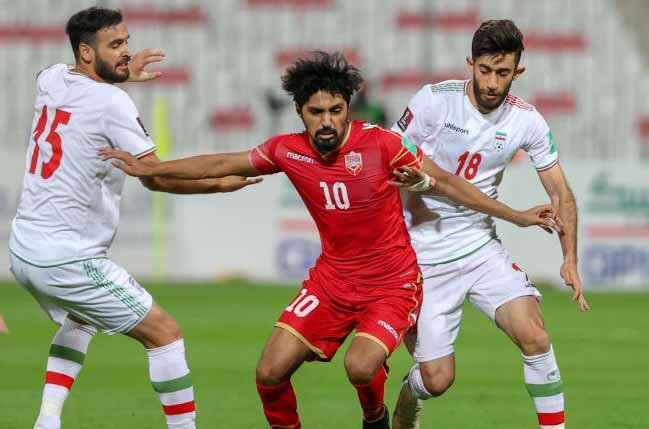 As one of the top teams in the Asian football scene, Iran has long been a regional powerhouse. Regular performances at the top level of the regional game, including the Asian Cup, has seen Iran establish itself alongside the likes of Japan and South Korea as the strongest teams within the continent. However, the Persian Leopards, backed by the precocious talent of Sardar Azmoun, look almost certain to go to the 2022 FIFA World Cup in Qatar.

The team won their most recent games, a 1-0 win over rivals Iraq, to secure qualification for the third round of the qualification process. They finished as group winners, with Iraq coming second. National team coach Dragan Skocic was quick to praise the players after the most recent win, saying in his post-match press conference: “We ended a tough tournament because we were under pressure to win our four matches. I want to congratulate my players for their effort,

“Before the match kicks off, I asked my men to play without any stress but playing against such a team without showing any nerves is very difficult. We played organized in the first half, but I am not satisfied with the way we played in the second half despite we had several goalscoring chances.

“After we scored the goal, the team lost the control of the match and it made me angry. But we have to remember that every match was like a knockout match for us and it made our job difficult.

“Iran deserved to win a book in the third stage. I am very happy and proud to lead the Iranian players. Hopefully we can continue our good run in the next stage.”

Though the current team are seeing some very impressive results, it is the star of Sardar Azmoun that has fans most excited. The Zenit St. Petersburg player has slowly developed within the Russian top-flight, playing for the likes of Ruban Kazan, Rostov, and now Zenit St. Petersburg. With the Russian giants, Azmoun has an enviable record of 45 goals in just 64 league games. This matches up with a stellar record of 37 goals for the Iranian national side in just 55 games.

Could he actually have a chance to one day overtake the great Ali Daei? The Iranian legend has been back in the news recently. Portugal forward Cristiano Ronaldo recently matched his record of goals for a male national football side. Daei scored 109 in 149 games, but is set to be overtaken by Ronaldo. However, with the Portuguese drawing a blank in their loss to Belgium in the UEFA European Championships, it will not be happening this summer.

Indeed, the Iranian legend even joked that he was “still the GOAT” (greatest of all-time) after the exit. Despite the schadenfreude, though, Daei did say that he was “honoured” that it would be Ronaldo to very likely break his record on the international scene.

While Azmoun might be making history today, it is Daei who holds one of the most impressive records in Iranian, and world, football history.