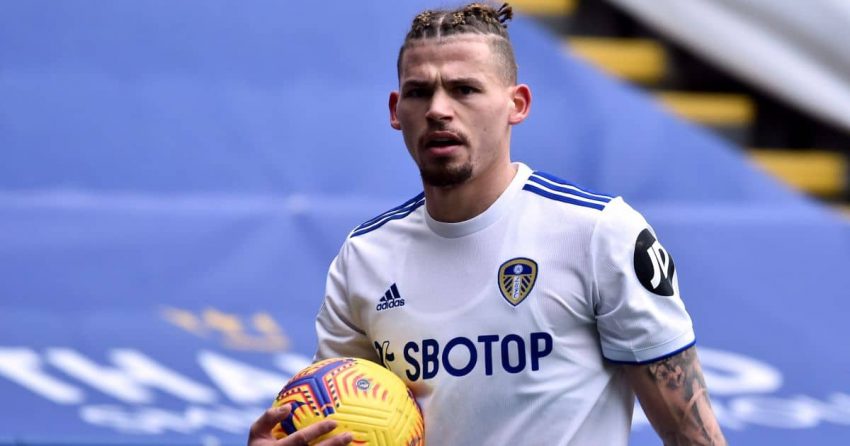 When someone associated with Manchester United speaks about Leeds, it is often in a disparaging tone. The two clubs really don’t have much time for each other, with a rivalry based on cultural, geographical, and sporting grounds. Yet despite that animosity, even the most diehard Red Devil would need to admit that Leeds being back is good for business. It’s a massive fixture for both clubs, a real rivalry, and the playing style of Leeds makes them among the most interesting teams in the league to watch.

However, despite the muted respect that both teams hold for one another, outright praise is often one step too far. So, the words of Roy Keane on Wednesday night were particularly illuminating. While the ex-Ireland midfielder showed little love for Leeds during his playing career, he has been effusive in his praise of the Whites this year. Following the 1-0 win for England over Austria, Keane was asked what he thought of the fact that Kalvin Phillips was included in the England side.

Keane, known for his rather acerbic punditry style, was instead extremely kind when asked about Phillips. A tough-tackling midfield general himself, Keane knows a midfielder when he sees one. When asked about Phillips, Keane said: “The player options are very, very good, but of course you’re always worried about one or two injuries going into it particularly if he’s thinking of getting Jordan Henderson involved,

“The fact we’re not seeing Jordan tonight, I know he’s on the bench, you’d think he would have needed minutes tonight and at the weekend.

“There are some very good players in there. The worry for Gareth if is they get any more injuries. If these two players can’t contribute on the pitch they are a huge loss.”

There are plenty of sites that provide the latest news on players, transfers and in-depth articles. The one we recommend is Sportindepth, and following those guys, you will be always updated in the sports world.

Will Kalvin Phillips play at Euro 2020?

Seen as a midfielder with an outstanding passing range as well as an ability to read the game, there is no doubt that Phillips will make a career that revolves around international duty. His intelligent passing play mixed with his strong distance shooting and his impressive physical prowess makes him the ideal choice for a modern midfield.

With numerous teams linked with Phillips in the past, it is intriguing to see how he does for England. Some doubt whether he is as good as some suggest, and that it is more the Leeds system that makes his game stand out. Still, Leeds fans will know that you cannot bluff the kind of all-around game and talent that Phillips possesses.

It is highly likely that he plays at Euro 2020 with Jordan Henderson still recovering from fitness. Both players offer a similar approach to running the midfield, and it will be interesting to see just how well Phillips plays when he is put into an England team that is decidedly less ambitious than his club side.

For any Leeds fan, though, simply having a hometown player in the national side again on a regular basis is a huge boon. It’s proof, as much as anything, at how much the club has developed in the last few years.