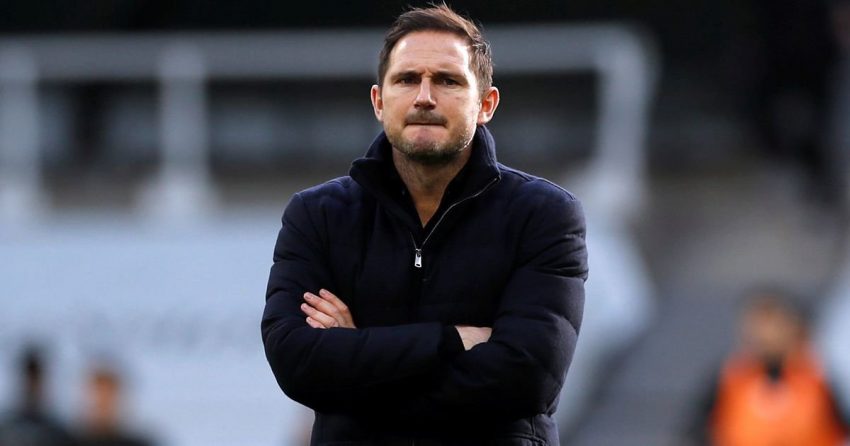 As one of the smaller clubs in London, Crystal Palace often have to scrap and fight for relevance. They are by most measures a small club within the remit of the Premier League. However, under Steve Parish and co. the club has managed to punch well above its weight for years. Premier League survival for more than a season was often a dream for Eagles fans. Under the management of Roy Hodgson, though, they became a stable Premier League outfit. Others such as Tony Pulis and Sam Allardyce have also held the job, giving Palace a feel of a club that can only really attract firefighters.

However, with a blend of talent including the likes of Eberechi Eze and Wilfried Zaha, there is a good squad in South London. With Hodgson stepping down, though, Palace are on the lookout for a new coach. Several names have been suggested, but the clear frontrunner was Frank Lampard. So much so that most reports in England suggested he was the prime candidate, and would be very likely to be chosen as the new Palace coach.

Mass reports, though, suggest that he no longer will be signing on the dotted line. The chance of other opportunities may have arisen, or Palace might have had a better offer. Despite being heavily linked with the Celtic job in Scotland, Eddie Howe is believed to be high-up on the Palace wishlist. Some believe that a mixture of delays in talks with Celtic and the chance to reside in the Premier League could see Howe change tact and instead go for the Palace job.

Lampard, who has also been linked with the Bournemouth job assuming Jonathan Woodgate is not appointed full-time, might simply feel Palace was a step too far.

Why are Crystal Palace moving on from Frank Lampard?

At the moment, it is mostly speculation. However, the reports that star turn Eze will be out for around eight months after a freak training ground injury might concern some suitors. Seen as the crown jewel of the Palace midfield, being unable to play Eze for most – or all – of next season would be a major play to any new coach coming in to take over.

However, there are also reports of issues regarding budget and squad building. Although the club are set to see a number of high-earning first-team players move on, Palace are likely to have a smaller transfer kitty to play with than some of their more illustrious rivals. The COVID-19 pandemic will naturally have impacted spending for the most part. However, it could also come down to simply being able to attract players of the calibre top-name coaches might want.

With Lampard trying to rebuild his managerial name after a chastising exit from Chelsea, though, Palace themselves might simply wish for more experience. Having tried left-field appointments in the past, most notable Frank de Boer, the Eagles might wish to keep their feet on the ground for this appointment.

Either way, it looks like Lampard won’t be managing Place next season.