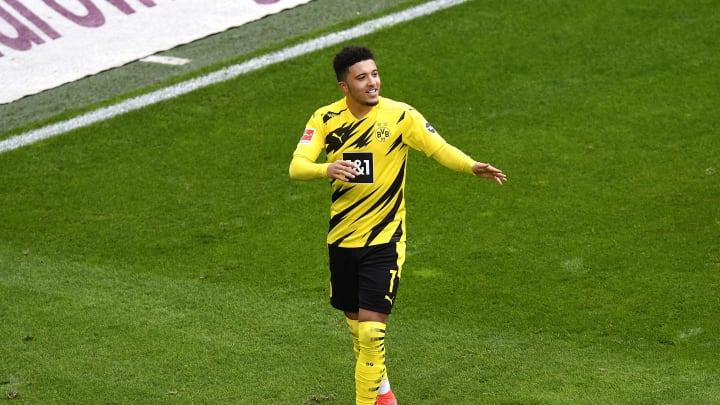 Having come through the Manchester United academy, Jesse Lingard was the boy done good. His performances under Louis van Gaal and Jose Mourinho were impressive, as was his early form under Ole Gunnar Solskjaer. However, the arrival of Bruno Fernandes had seen the England man drop out of the regular first team reckoning. Now, he is on loan at West Ham United and has reinvigorated his career. Regular goals and assists have flowed in London, giving many teams an interest in a player who recently looked lost to the top level of the game.

However, despite the rise in form, it is unlikely that United will look to hold onto Lingard. One player they are keen to land in the summer is Jadon Sancho, the England winger at Borussia Dortmund who scored a brace in the German cup final. However, to land Sancho they would need to pay a massive fee to BVB, and it might be beyond United this summer. Reports in England, though, suggest that the Red Devils will try to land the Dortmund winger by using Lingard in part-exchange.

The hope is that his upturn in form as well as the fact that Dortmund can potentially offer UEFA Champions League football would make this an ideal fit. The player is believed to be open minded about his future, and is keen on trying out a new culture having seen how it has worked for other English players. However, for Dortmund, the challenge will be trying to get some kind of major value back for Sancho if he does choose to move on this summer.

Will Manchester United give up on Jesse Lingard?

With the club eyeing a major spending summer to get fans back onside and to try hunt down Manchester City, it is believed they would happily sacrifice the likes of Lingard to make the funds doable for several major signings. A new central defender is seen as key, as is the signing of a new striker. However, a right winger is also a priority, and it is believed that the club see Sancho as the perfect player to pick up.

However, Dortmund have made clear they have no intention of having a summer-long transfer saga and want a quick decision this year. With talk that United would need to try and include Lingard to make the figures work, it simply adds more confusion to what would already be a really challenging signing to complete. It means another party has to agree to move to Germany, and the German giants need to actually want Lingard back in the first place.

With their own summer rebuild to consider under new coach Marco Rose, Dortmund might prefer the full funds. When you factor in that Lingard would almost immediately become among their top earners, too, it is hard to see how such a move could take place. United, though, seem keen to move on from Lingard regardless of how impressive his form has been in the capital.